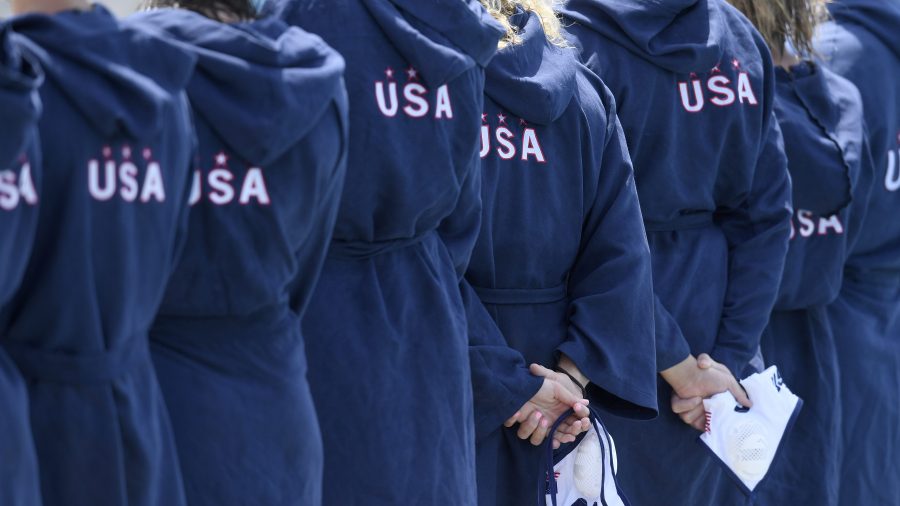 Each Olympic athlete dressed in the stars and stripes will be representing the United States, but more of them will be hailing from California than any other state.

With 150 athletes from California competing at the Tokyo games this summer, the state represents 18% of Team USA.

All told, the United States is sending a team of 821 athletes to compete in the Olympic and Paralympic games. Every state except North Dakota and Wyoming is sending at least one athlete to represent the country, including Washington, D.C. and Puerto Rico.

Florida comes second to California with a total of 64 athletes, followed by New York and Colorado, each with 41.

USC says 66 of its past, current and future students are among those competing in Tokyo. That’s more than any other college nationwide and the Trojan’s most ever for a single Olympics, the school said.

California also has the nation’s highest population, and on a per-capita basis the state doesn’t fare as well.

Hawaiians are going for the gold at a higher rate than any other state. Hawaii is only sending 11 total athletes, but the state is sending 7.56 athletes per million residents, with heavy representation in surfing and volleyball.

Tokyo Olympics: Coronavirus cases near 2,000 per day amid preparations for Friday’s opening

That narrowly beats out Colorado and the District of Columbia, each is sending seven in a million to the games, roughly twice the rate at which Californians are earning a trip to Tokyo, 3.75 per million residents.

The athletes California is sending include 24 water polo players, 21 members of the track and field teams, 13 cyclists, 10 swimmers and 10 softball players.

A handful of states will pin their hopes on a single representative. Arkansas, for instance, will send just one of the state’s three million residents to the games. That’s similar to rates in Puerto Rico, Idaho and West Virginia, each with a lone athlete.

The summer games — postponed last year in the throes of the global pandemic — will officially open July 23. An estimated 11,360 athletes will take part.

PHILADELPHIA (CBS) — A 14-year-old boy is fighting for his life and another teen is hurt after being shot in what police call a targeted attack in...

‘You Killed A Piece Of Me:’ Father Of David Padro, Man Killed Outside Pat’s Steaks, Calls Out Philadelphia’s Gun Problem

CAMDEN, N.J. (CBS) — The family of David Padro, Jr. held back tears Friday as they prepared to see the beloved 22-year-old for the final time. Padro...

The science of soap operas: when Y&R went too far