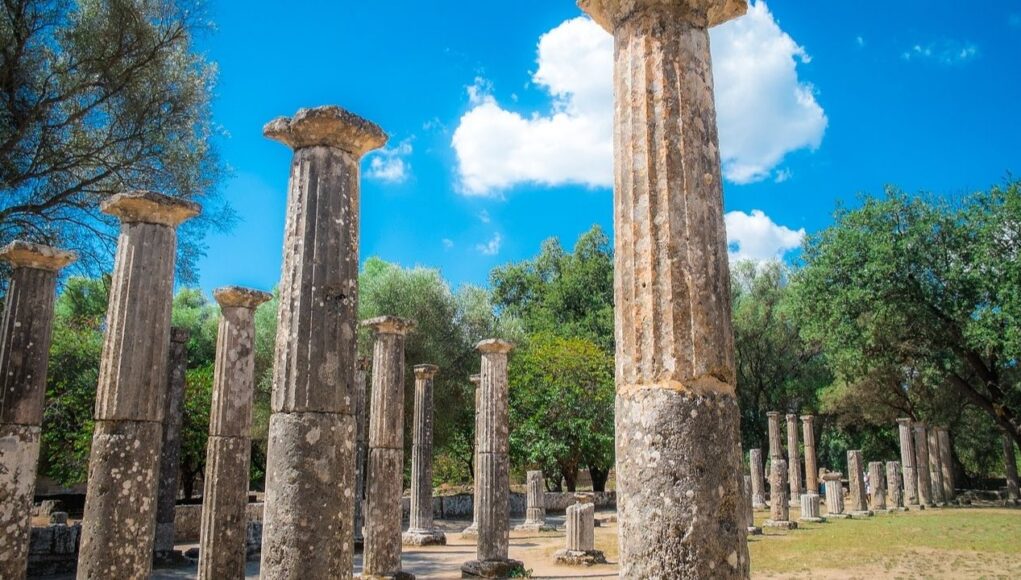 The partnership employs artificial intelligence to map the site and augmented reality to aid with the restoration of the Olympic Games’ historic home.

Viewers will be able to tour the area as it was almost 2,000 years ago.

With its own ideas for the so-called metaverse, Microsoft hopes to compete with Facebook.
It just introduced a metaverse for meetings called Microsoft Teams, and it wants to turn Minecraft and other games it owns into more immersive 3D worlds.

People can tour the site remotely or in-person via an augmented-reality mobile app thanks to a partnership with the Greek government. HoloLens headsets may be used to overlay a digital representation of the Olympic Museum in Athens.

The original Olympic Stadium, the temples of Zeus and Hera, and the workshop of the famed sculptor Phidias are among the 27 sites to be saved.

The structures are as similar to their original forms as feasible and incorporate historical chronology detailing the site’s evolution across time, as well as representations of artifacts from each period.

Microsoft worked with technology startup Iconem, which specializes in 3D digitization of historic sites, as part of its AI for Cultural Heritage effort.

After taking hundreds of thousands of images of the location with on-the-ground cameras and drones, Microsoft AI analyzed the images to generate models.

“This technology’s cultural consequences are limitless. For the first time, tourists from all over the world can virtually visit Olympia, the birthplace of democracy, and immerse themselves in history “Kyriakos Mitsotakis, the Greek Prime Minister, declared as much.

“The project to digitally preserve Ancient Olympia is a stunning achievement in cultural heritage, bringing humanity and cutting-edge technology together to benefit the world, and empower future generations with new ways to explore our past,” said Brad Smith, president of Microsoft.

Quantum Computing in Space: Microsoft and NASA Team Up

Editor99 Desk - December 10, 2021 0
Apex legends wallpaper download App is the best app for players and fans of Apex Legends game wallpapers. So if you are looking for the...