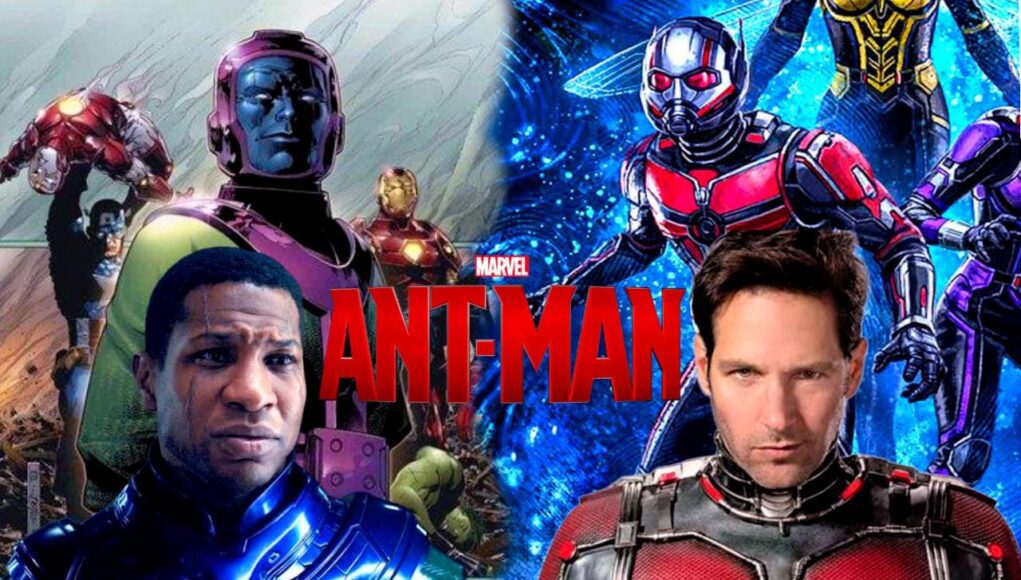 Ant-Man 3 promises to be one of the funniest and most flawless movies in the MCU, with a villain from the series making a cameo.

The Ant-Man films are among the funniest in the MCU, and following the success of the first and second installments of Scott Lang’s story, Marvel is already planning a third installment in which they will introduce a new villain and a new adventure, which will undoubtedly connect Ant-Man with other characters in the universe and delve into that of some that we have already seen in previous installments of the tapes of this hero, such as Ghost or Ava Starr.

This character, who at times becomes the villain of the second film and suffers from a molecular imbalance that allows her to cross walls, may be the topic of further investigation, as stated by Marvel in a post that CBR interprets as a hint that it may be part of the tale of the third tape.

Outside of that scenario, Ant-Man and The Wasp worked together to rescue Janet Van Dyne from the quantum realm, which they accomplished in Hank Pym’s lab, and it appeared they had already defeated their greatest enemy.

For a while, it appeared that the Ant-Man story was over, at least on its own, and that there would be no third installment, but it was later confirmed that Ant-Man 3 would be one of the new movies that Marvel is already planning and that Peyton Reed would return as director (becoming the first to direct a trilogy at Marvel, James Gunn is still not directing Guardians 3, so Reed would be the first) for a new story that would introduce a new villain.

Ant-Man and The Wasp grossed more than 600 million dollars worldwide, and the two films in the saga have been among the most successful in the MCU (though they do not compare to the more than 2 billion of Endgame, the most successful blockbuster in history), so it makes perfect sense in the world that Marvel would want to continue the story.

In the Marvel Cinematic Universe, movie-specific details are being withheld until the film’s release, but we do know a few essential things about the forthcoming Ant-Man: Quantum of Solace episode.

Contents hide
1 The Ant-Man 3 Trailer
2 What happened in the first Ant-Man movie?
3 What happened in Ant-Man and The Wasp?
4 What is the plot of Ant-Man 3?
5 Who’s coming back for Ant-Man 3?
6 When is Ant-Man 3 release date?
7 Who is Kang the conqueror?
8 Does Kang connect with the Fantastic Four?
9 If you are interested
9.1 Related Stories

The teaser for the third installment in the Scott Lang series indicates that the tale leaps back in time, and Cassie is now an adult working on a secret project with her father, which brings them all to the Quantum Realm, where they realize that things are not as they expected.

Kang, who featured in the Loki series, appears to be assembling an army, and Ant-Man, The Wasp, and Cassie must band together to stop him.

What happened in the first Ant-Man movie?

In the first installment, we meet Scott Lang, who is given a new chance to improve his life when his mentor, Dr. Hank Pym, offers him the Ant-Man suit and asks for his assistance in planning and carrying out a heist that would save the planet.

What happened in Ant-Man and The Wasp?

Scott is under house arrest following the events of Civil War (also one of the best Marvel movies), and Hank and Hope want nothing to do with him, but the trio reunites to work on a mission. secretly, combat a mystery “ghost” who wants to take over Hank’s lab, and figure out how to travel to the quantum realm to save Hank’s wife once they discover she’s still alive and stuck there for years.

What is the plot of Ant-Man 3?

Scott and Hope will undoubtedly have to deal with some of the fallout from the events of Avengers: Endgame, and the studio has already chosen a new adversary to cause them grief, Kang the Conqueror.

The film is linked to the Loki series by the villain and the theme of the different universes, and it follows Ant-Man as he deals with a teenage daughter who has a brilliant mind and a willingness to help, which ends up sending his entire family to the quantum realm, where they will have to face one of the most powerful villains.

There are reports that the third installment will focus on Ghost, revealing more about his origins and powers, which are likewise linked to the Quantum Realm.

Who’s coming back for Ant-Man 3?

Paul Rudd returns as Scott Lang/Ant-Man, and while it hasn’t been confirmed, Evangeline Lilly will play The Wasp. Michael Douglas, for one, has already announced that he will reprise his role as Hank Pym, which implies that Michelle Pfeiffer may also return, especially given that she survived Endgame.

Abby Ruder Froston was replaced as Scott’s daughter in the next film due to the time jump following Endgame. Kathryn Newton, who played Cassie Lang in Big Little Lies, is the new Cassie Lang.

“They’re [Marvel’s] very secretive, but based on my research, Cassie becomes Stature and Stinger becomes Young Avengers, which would be fantastic,” he told ComicBook.com.

In addition to Lovecraft Country’s Jonathan Majors, who has already been confirmed to play the story’s new villain, Michael Pea, Judy Greer, and Bobby Cannavale are likely to star in the picture.

When is Ant-Man 3 release date?

Michael Douglas stated in an interview that the filming began in January 2021, and we now know that it will be released in theaters throughout the world on February 16, 2023, and will then be available on Disney+, along with the rest of the movies and MCU series.

Who is Kang the conqueror?

According to Deadline, Marvel has cast Jonathan Majors as Kang the Conqueror. This character first appeared in the Avengers comics in 1964 and is a tyrant from the future with the power to travel across time, which has led to him clashing with several Marvel heroes throughout the years.

Kang does not have superhuman talents, but he is a genius, a physicist and historian, an engineer, and a technician. He is armed with 40th-century technology and wears armor capable of projecting energy, holograms, and force fields, as well as controlling technology.

Kang has access to technology from any century thanks to his “time ship,” and he once claimed that his ship alone could destroy the Moon. [10] He is also far more radiation resistant than modern people. Kang also possesses a weapon capable of weakening heroes and preventing them from using his superpowers.

Does Kang connect with the Fantastic Four?

Kang was known as Nathaniel Richards before changing his name and coming back in time. He is purportedly a descendent of Earth-6311’s famed peacemaker benefactor, also named Nathaniel Richards, who is none other than Reed Richards’s father.

Trending Sneakers 2022 You Must have in Collection

Kim Kardashian Talks About Fighting With Daughter North, Being Honest With...

Editor99 Desk - October 13, 2021 0
Kim Kardashian Reveals What North West Says During A Fight Kim Kardashian talked about her firstborn North West and shared some cute snippets regarding her...