India to Launch Chandrayaan-3, Third Mission to Moon in 2023

The 10 Most Important Space Events in History 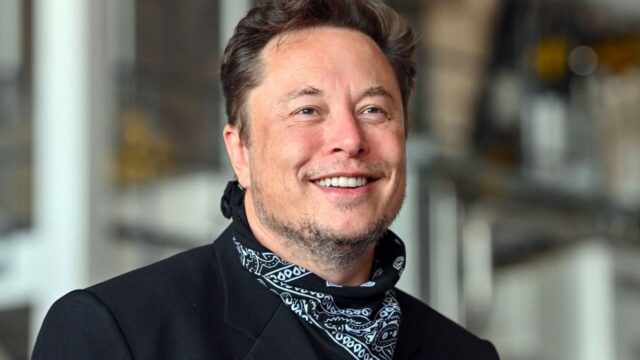 Elon Musk doesn’t want to delay the space supremacy of human beings any further. The founder of SpaceX and Tesla has set a new schedule for getting to Mars.

Elon Musk, it turns out, believes he’d be “surprised” if humans didn’t land on “Mars within five years.” After being awarded Time Magazine’s Person of the Year for the year 2021, I spoke with them.

Elon Musk has big ambitions for a human colony on Mars, including a self-sustaining city based on solar-powered hydroponic fields that will house humans permanently. This is the first step toward Musk’s goal of permanently establishing a human presence on Mars.
Musk described the prospective Mars colony as “kind of like a modern Noah’s ark” in an interview with Time. But we’ll bring more than two – it’ll be strange if there are only two.”
Even said, Musk is known for releasing numerous estimations at the same time, and both SpaceX and Tesla are known for their delays. Musk admitted on an earnings call in 2020 that “punctuality is not my strong suit.”

Is it possible that we will be on Mars in five years? It’s not easy. Space policy analyst Greg Autry told Business Insider that SpaceX will not reach Mars until 2029, with or without NASA‘s cooperation.
Musk had previously stated that numerous astronauts would “likely perish” while traveling to Mars. To begin with, this has never been done before, so there is a lot that could go wrong. Furthermore, Musk has yet to unveil any clear Mars action plans. In February as also, Musk had declared in a Clubhouse conversation he wanted to deploy humans on Mars in approximately “five and a half years.”
Are Elon Musk’s projections realistic or just exaggerated, in your opinion?

Astronomers Discovered a Planet Outside of Our Galaxy

The probable exoplanet candidate is found in Messier 51 (M51), which is also known as the Whirlpool Galaxy due to its unusual profile.

Planets outside of our Solar System are known as exoplanets. Until now, astronomers have discovered all known exoplanets and exoplanet candidates in the Milky Way galaxy, nearly all of them within 3,000 light-years of Earth. Exoplanets in M51 would be 28 million light-years away, thousands of times farther away than those in the Milky Way.

“By searching for planet candidates at X-ray wavelengths, we’re hoping to open up a whole new arena for finding other worlds,” said Rosanne Di Stefano of the Center for Astrophysics | Harvard & Smithsonian (CfA) in Cambridge, Massachusetts, who led the work, which was published in Nature Astronomy.

This new discovery is based on transits, which occur when a planet passes in front of a star, blocking some of the star’s light and causing a distinctive dip. Astronomers have searched for dips in optical light, electromagnetic radiation that humans can see, using both ground-based and space-based observatories, such as those on NASA‘s Kepler and TESS missions. This has led to the finding of thousands of planets.

Because the zone producing bright X-rays is small, a planet passing in front of it might block most or all of the X-rays, making the transit easier to identify. This could allow exoplanets to be discovered at considerably greater distances than existing optical light transit investigations, which must be able to detect minute changes in light since the planet only blocks a portion of the star’s light.

The scientists utilised this strategy to find an exoplanet candidate in M51-ULS-1, a binary system in M51. A black hole or neutron star orbits a companion star with a mass of nearly 20 times that of the Sun in this binary system. They discovered a three-hour X-ray transit using Chandra data, during which the X-ray output dropped to zero. The researchers believe that the exoplanet candidate in M51-ULS-1 is around the size of Saturn and orbits the neutron star or black hole at nearly twice the distance Saturn orbits the Sun, based on this and other data.

While this is an intriguing study, more data is needed to confirm the interpretation of the planet as an extragalactic exoplanet. One problem is that the planet candidate’s huge orbit means it won’t cross in front of its binary partner for another 70 years, thereby putting an end to any attempts at confirmation for decades.

“Unfortunately, we’d have to wait decades to witness another transit to establish that we’re seeing a planet,” said co-author Nia Imara of the University of California in Santa Cruz. “And we wouldn’t know exactly when to look because of the uncertainties about how long it takes to orbit.”

Could a cloud of gas and dust moving in front of the X-ray source have caused the dimming? This is an implausible explanation, according to the researchers, because the characteristics of the event recorded in M51-ULS-1 are not consistent with the passage of such a cloud. The data, on the other hand, support the notion of a planet candidate.

“We know we’re making a big claim, so we expect other astronomers to scrutinise it closely,” said Julia Berndtsson of Princeton University in New Jersey, a co-author. “We believe we have a compelling case, and this is how science works.”

If there is a planet in this system, it has most certainly had a turbulent history and violent past. A supernova explosion that formed the neutron star or black hole would have required an exoplanet in the system to survive. The future could be hazardous as well. The partner star could also explode as a supernova at some point, blasting the planet with extraordinarily high amounts of radiation once more.

The researchers will look through the Chandra and XMM-Newton archives for other exoplanet candidates in other galaxies. At least 20 galaxies have large Chandra datasets, including those that are significantly closer than M51, such as M31 and M33, allowing for the detection of shorter transits. Another intriguing area of inquiry is looking for X-ray transits in Milky Way X-ray sources in order to find new planets in strange surroundings. 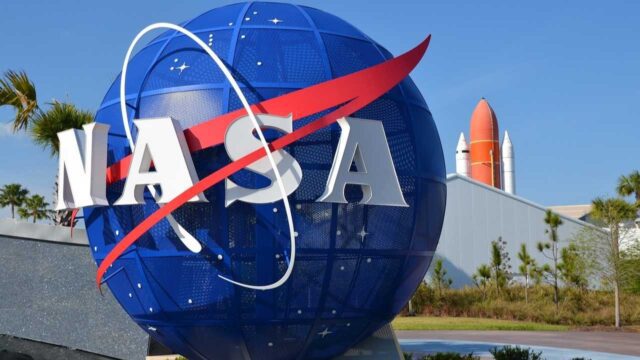 NASA will launch a mission to try a once-in-a-lifetime feat: colliding with a small asteroid and speeding up its orbit. The project, known as the Double Asteroid Redirection Test (DART), is part of NASA’s active planetary defence programme and will launch in late November. Dimorphos, a moonlet asteroid, is a non-threatening asteroid that will be impacted by the DART mission.

It tries to identify huge asteroids that could impact with Earth as part of planetary defence, assess the risk these rocks provide, and strive to avoid disaster if necessary. DART will put one technique to the test by slamming into the smaller moon of an asteroid while humans monitor the moon’s orbital period to see how much it shortens.

“If an asteroid were to strike the Earth, you’d want to use this technique many years, if not decades, ahead of time. You could simply give this asteroid a small nudge, which would result in a significant shift in its future position, and the asteroid and Earth would no longer be on a collision course “At a pre-launch news conference on Thursday, Nancy Chabot, scientist and DART coordination lead at Johns Hopkins Applied Physics Laboratory in Maryland, said.

There are two phases to the projected planetary defence. The first step entails examining the skies for as many asteroids as possible, then closely watching them so that scientists can calculate their trajectories and compare them to Earth’s orbit far into the future. According to NASA, scientists have discovered over 27,000 near-Earth asteroids, over 10,000 of which are larger than 460 feet (140 metres) in diameter and might cause substantial regional damage.

The second phase involves attempting to deflect the asteroid’s path in order to prevent mankind from dying extinct in the same way that dinosaurs did.

A comparable astriod impact killed out most dinosaurs and other species around 66 million years ago, which planetary security experts are attempting to avoid.

The mission’s goal is to provide scientists with real-world data on how a kinetic impactor method to planetary defence might work in practise.

Apart from this, you can also read our other Entertainment related stories like GC Invoker Utility, VIPLeague, Moviezwap, The Equalizer 3, Eddie Murphy net worth, Baki Season 5, Frozen 3, Milana Vayntrub net worth, and Astrology related articles like crystals for protection.