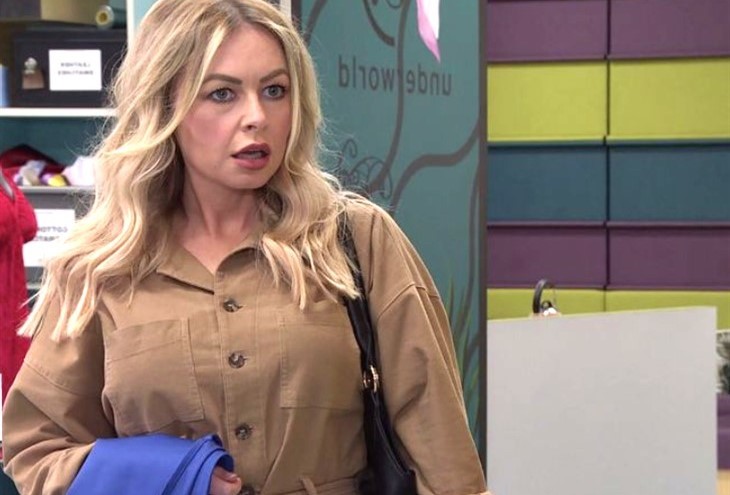 Coronation Street spoilers and teasers hinted at Laura Neelan’s comeuppance for trying to betray her locked up daughter Kelly with her version of Seb’s murder case story.

Corrie fans will see the vile mother Laura (Kel Allen) turning to be the worst parent ever in upcoming episodes for trying to cash in a large sum of money on her jailed daughter Kelly (Millie Gibson).

After getting the details of the hate attack that killed Seb (Harry Visinoni) and injured Nina (Mollie Gallagher) from kKelly’s point of view, Laura meets with the journalist named Chris (Lois Mackie) at the factory to ask if she’s interested in Kelly’s version on the case.

Next week at the bistro, Laura meets with Chris again to discuss the price, demanding £30,000 in exchange for the story.

But her wiles backfire on her when Chris becomes suspicious and warns Daniel Osbourne (Rob Mallard) that Laura is looking for a publication that will accept her daughter’s story.

After realizing that the outcome of the article will jeopardize Kelly’s court case, the foster couple confronts the evil mother to threaten her they will report her to social services if she proceeds with her plans.

And Corrie has confirmed Laura will spend some time in prison later next week after a police officer arrives at the Underworld to arrest Laura while she’s working.

Laura’s convinced there’s no other suspect than the couple to report her to the authorities. Will Laura plan to take revenge?

Toyah and Imran visit Kelly in prison to promise her they will be with her to support her in her case and to protect her from her biological mother.

A social worker arrives in prison to interview Kelly about her childhood with Laura. Will she testify against her mother? And if she will, is it enough to give a damning testimony to Laura in court?

On the other side of Weatherfield, two more arrests will intensify the cobbles next week as James Bailey (Nathan Graham) and his brother Michael (Ryan Russell) are pulled over for seemingly a racist police attack after test driving a sports car.

Be sure to catch up on everything happening with Corrie right now. Come back here often for Coronation Street spoilers, news, and updates.

Peter Andre’s luxurious home in Cyprus, where he spends his family vacation

Mysterious Girl singer Peter Andre helped his father build the plush pillow in Cyprus 20 years ago and the family regularly travels by airplanes for...

High School Musical: The Musical: The Series Star Olivia Rodrigo had a dynamite year in 2021, taking over her airways with her debut album. Sour. As...

Peter Andre’s luxurious home in Cyprus, where he spends his family vacation

Colder temperatures may be on the way as drought progresses | Agweek