Home COVID How to Identify Omicron? 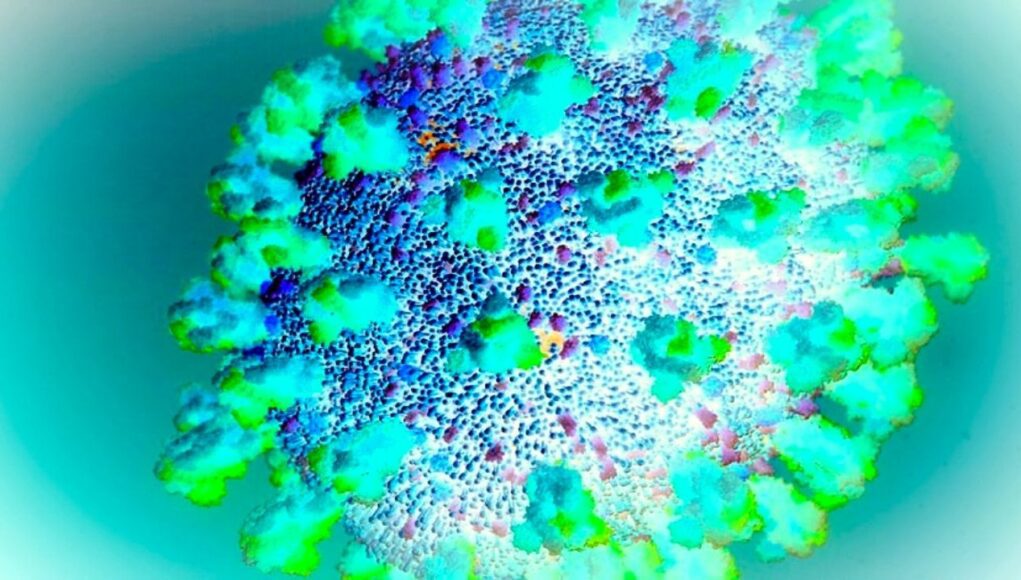 The Omicron version of the coronavirus has infected over a thousand people in the United Kingdom. Some of them have been sent to the hospital for treatment. The country’s public health officials have warned of the next wave of the corona, with the rate of infection doubling every two to three days.

Contents hide
1 Which test is used to identify Omicron?
2 Has the rule of self-isolation changed?
3 How was the Omicron infection confirmed in England?
4 Can Lateral Flow Test Detect Omicron?
5 What is the difference between Omicron and other variants?
6 What role does genome sequencing play?
7 What are the symptoms of Omicron?

Which test is used to identify Omicron?

Swabs of the Polymerase Chain Reaction (PCR) test – which may be performed in the lab to confirm the corona variation by analyzing saliva, phlegm, saliva, and other samples.

Although not all labs in the UK have the technology to identify Omicron, one-third to one-half of them do. Anywhere in the country, Omicron detection is achievable in the shortest amount of time.

To determine if a suspected sample is omikron, a complete gene analysis of the sample virus is required, which takes four to five days. If you have any symptoms of illness, you can get a free PCR test by ordering it on the government website. For travel purposes, a provision has been established to purchase a PCR test privately.

Has the rule of self-isolation changed?

For those with corona symptoms and corona, the rule of self-isolation is comparable to what it was previously. Both must be placed under home arrest for a period of ten days. Those who have been vaccinated, on the other hand, have interacted with a positive individual, and the rules for their self-isolation have changed slightly.

Since December 14, a rule has been in effect in England that states that if a person has been vaccinated in two phases and is in close proximity to someone infected with any variety of the corona, he or she does not need to be isolated immediately. A seven-day continuous flow covid test will be required of that person.

How was the Omicron infection confirmed in England?

Experts can confirm the spread of Omicron by studying samples infected with the virus using genome sequencing technologies.

The Omicron version is spreading four times quicker than the Delta, according to them. If the incidence of infection is high enough, a large wave of infections could occur before Christmas.

Several studies have revealed that the Omicron version could enter a vaccinated person’s body and destroy their antibodies accidentally. Antibodies produced by the vaccine are the mainstay of a vaccinated person’s fight against corona. Everyone is getting a headache from Omicron, which has the ability to dull it. This, however, does not imply that the vaccine’s effectiveness has decreased.

Experts believe that vaccines can still prevent many of Omicron’s vulnerabilities and issues. The booster dose, often known as the third dose, can help a person’s body build maximum immunity.

In the United Kingdom, 71% of people over the age of 12 have recently been vaccinated, with roughly a third receiving a booster dose.

The Rapid or Lateral Flow Test (LFT), which may be performed at home, can assist detect whether a person is corona positive or negative, however, the corona variant cannot be determined.

If someone tests positive for LFT, they should immediately seek self-isolation. If you want to know about the corona variation, however, you must perform a PCR test.

What is the difference between Omicron and other variants?

Within the Omicron variety, many forms of mutations have been discovered that have never been seen before. Experts are concerned about the presence of a lot of spike proteins on Omicron. The spike protein is the target of most vaccinations. That’s why the stakes are so high.

An ‘S-gene dropout’ in a routine PCR test detects Omicron. The lack of a ‘S gene’ in most coronary omicron variant viruses was first thought to be a hallmark of omicron detection. It cannot be termed Omicron if the ‘S-gene’ is missing; in such a case, the whole genome sequence must be retrieved.

What role does genome sequencing play?

Every week, approximately 20% of corona positive results in England are sent to genome sequencing. Scientists can detect if a corona-positive person is infected by a variation by thoroughly examining genetic samples. The only way to be certain about the swab samples used in this method is to use them. It does not provide a complete picture.

However, scientists can only estimate the number of people who are affected by the new variety as a result of this procedure. Scientists in England and South Africa are pioneering new methods and technologies for identifying variants. As a result, new varieties are discovered early in these locations. This does not imply that these countries have seen the emergence of all new varieties.

What are the symptoms of Omicron?

The majority of persons who were exposed to Omicron in South Africa many years ago were young and had just minor symptoms.

Many people believe it creates symptoms that are slightly different from the Delta variety. The survival of pain and taste is crucial among these. However, it is impossible to be certain.

Many people who have been infected with Omicron have been taken to South African hospitals in critical condition. The majority of them have never had the corona vaccine or have only had a single dose. Although the risk of death from an omega-3 infection is significant, it will take weeks for a vaccinated person to acquire a fully functional immune system. He doesn’t have a choice but to wait.

Scientists are hoping that because two-dose and three-dose vaccinations are now widely used in England, the omikron outbreak will be milder and the death rate will be substantially higher.

COVID New Rules in China: No Kissing Hugging or Sleeping Together is Allowed