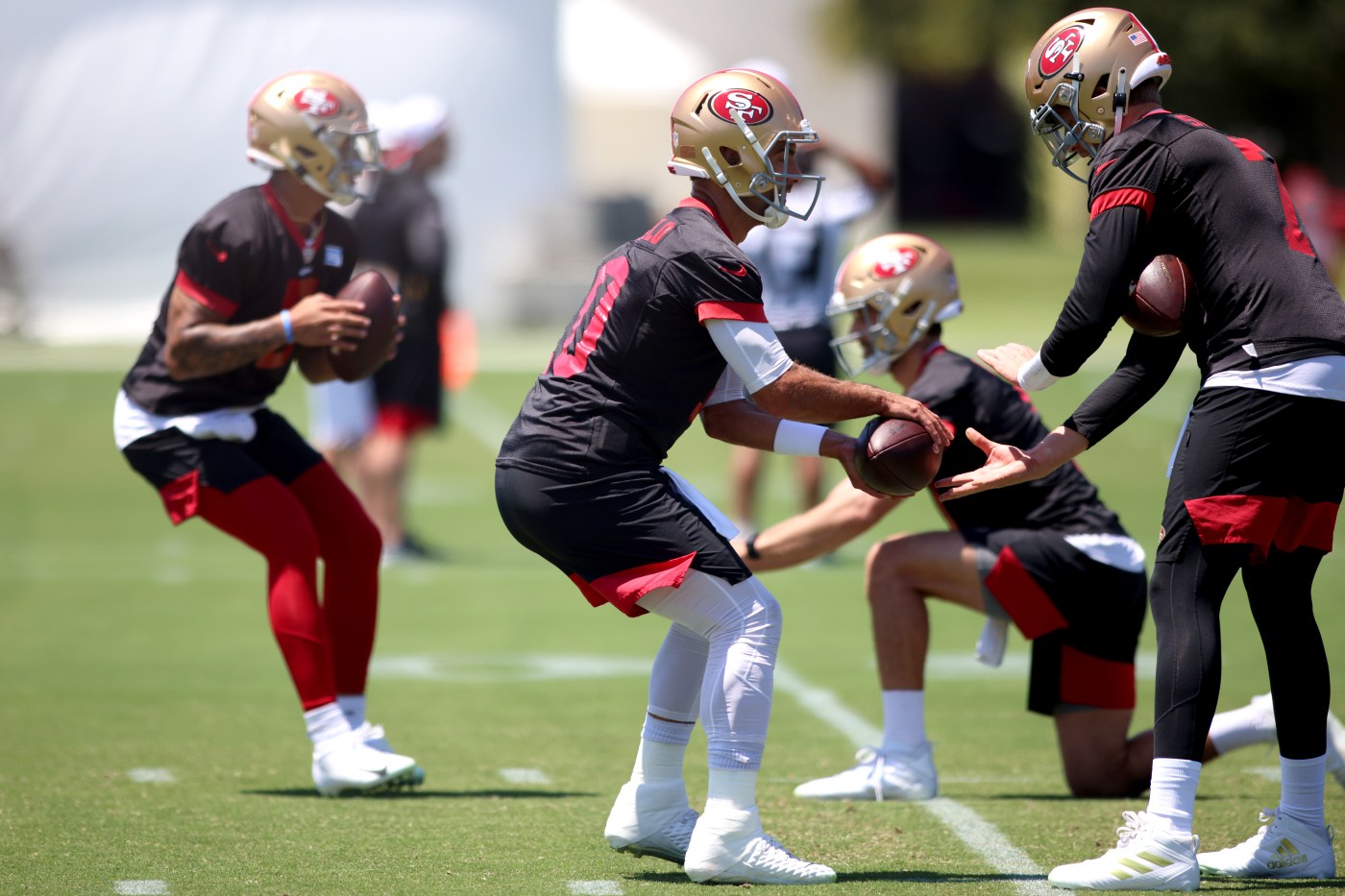 We must revisit what went down this 49ers’ offseason. We must get you up to speed.  Come Tuesday, players report for training camp — the unofficial launch party of the 2021 season.

Here are the top 10 things I learned the past six-plus months about the 49ers:

A decreasing salary cap (courtesy of COVID’s 2020 fiscal impact) meant the 49ers had to spend wiser than ever, and they did so wonderfully to keep a Super Bowl-caliber roster intact. The latest move: rewarding linebacker Fred Warner with a pre-camp extension (five years, $95 million).

Trent Williams cost them the most lucrative deal ever for an offensive lineman. That’s the going rate for an (the) elite left tackle. Fullback Kyle Juszczyk’s return wasn’t as surprising as the bargain, short-term deals for Jason Verrett, K’Waun Williams, Jaquiski Tartt and Emmanuel Moseley. Samson Ebukam came for big bucks — as the projected to successor to 2019 big-buck recipient Dee Ford.

The biggest financial gamble: keeping Jimmy Garoppolo at roughly $25 million while doubling down with top draft pick Trey Lance. Ownership is all-in on 2021.

The 49ers got busted not once but twice for their offseason workouts. It resulted in an abbreviated program for the rookies, as well as fines to the organization and coach Kyle Shanahan.

The crime: contact that wasn’t allowed during on-field practices. It’s not as if Shanahan suited players up in pads and called for the Oklahoma, one-on-one drill. When a video leaked on social media and highlighted rookie Deommodore Lenoir’s physicality on an interception — and when potential Justin Skule sustained a season-ending knee injury in a later practice — the NFL looked into it, understandably. Maybe the 49ers now bring a bad-boy swagger to their Sundays.

A red flag went up in April when the NFL Players Association posted a statement on behalf of 49ers’ players, claiming that many would not partake in the offseason program because of COVID concerns. Other teams issued similar decrees. The 49ers, however, showed up in force.

Defensive ends Nick Bosa (knee) and Dee Ford (back) were the only no-shows on the practice field as they rehabilitated their September injuries. Practices were scaled back to 75-minute sessions, and Shanahan called off the mandatory minicamp, so concessions were made in accordance with the strong attendance.

Garoppolo should come to camp with thicker skin than ever. Speculation swirled all winter over who’d take his job. Deshaun Watson? Matthew Stafford? Aaron Rodgers? Then came the colossal move up to No. 3 in the draft, and then came Trey Lance, but when exactly will he come for Garoppolo’s job?

Garoppolo and Lance started off on the right foot, at least through their public comments and their on-field demeanor this spring. Training camp and exhibitions could hint at when Garoppolo might exit stage left (Week 1? Bye week after five games? First injury? Next offseason?).

Football is a violent game, but when it comes to the 49ers’ injury curse under Shanahan, it wasn’t surprising to hear running back Jeff Wilson Jr. tore his knee’s meniscus by simply rising up from a chair in the locker room. Then came injuries to Skule (anterior cruciate ligament tear) and safety Tarvarius Moore (Achilles tear).

George Kittle co-hosted a summit featuring 49 tight ends in Nashville. Such leadership ability made Kittle into a captain after his 2017 rookie year. Tight End University equally inspired him as worked alongside peers such as Travis Kelce, Greg Olsen, Darren Waller and Marcedes Lewis. Up next is Year 5, and as loyal as he is to Garoppolo, Kittle is also saying the right stuff to make Lance feel welcome.

General manager John Lynch will be inducted to the Pro Football Hall of Fame on Aug. 8. It comes six months after his election, which some may argue as overdue but he’s a staunch believer that things happen when they’re supposed to (except when it comes to 49ers injuries, we presume).

Did you know Lynch is also in the hall of fames at his alma maters of Torrey Pines High School and Stanford? Plus, he’s in the Tampa Bay Buccaneers’ and Denver Broncos’ rings of honor. His Erie Sailors’ baseball jersey hung in the Baseball Hall of Fame in Cooperstown, by virtue of throwing the first pitch of the then-Florida Marlins’ organization. And Lynch is among those with plaques at the San Diego Padres’ stadium, commemorating a spot in the Breitbard Hall of Fame as one of the San Diego area’s finest athletes.

The most insightful cinematography: if it wasn’t defensive tackle Javon Kinlaw’s squirrel hunting, it was coach Kyle Shanahan throwing a football. A Twitter video went viral of Shanahan’s toss into a pizza oven, from a Del Mar rooftop across the street to another, with 49ers legend Joe Staley an eyewitness.

The 49ers need better long-distance throwing out of whoever is at quarterback this season. If Shanahan can do it, so can his QB, right?

Can’t recall an offseason with more news about jerseys. First it was how single-digit numbers became available to players other than quarterbacks, kickers and punters, and, as a result, several 49ers defensive backs switched their digits. Next, the 49ers unveiled a red throwback jersey from their 1994 championship team, which they’ll wear for four home games; their 1994 all-white throwback will be used in two road games.

The recent death of former 49ers tight end Greg Clark, followed days later by Richard Sherman’s arrest amid an alleged drunken rage and suicide threats, are stark reminders that players’ mental states should not be overlooked. Those are two of the most upstanding players I’ve covered in 20-plus years, and neither showed me any sign of personal issues. They are not alone. No one is. Please seek help if you need it. It’s out there.

(The NFL offers a help line for players, families and staff at (800) 506-0078 and nfllifeline.org. The National Suicide Prevention Lifeline is a hotline for individuals in crisis or for those looking to help someone else, at 1-800-273-8255. Those in crisis also can text TALK to 741741 or visit SpeakingofSuicide.com/resources for additional resources. Veterans and military members can call 1-800-273-8255 and Press 1.)