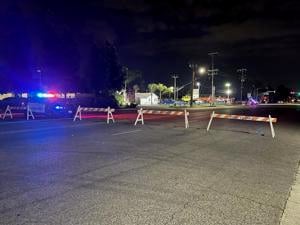 A fatal collision involving a motorcycle and vehicle took place in southeastern Fontana on July 18, according to the Fontana Police Department.

The incident began at about 9:40 p.m., when Fontana P.D. officers observed several motorcycles that appeared to be racing in the area of Oleander Avenue and Foothill Boulevard. Officers attempted a traffic stop on two of the motorcycles but both riders immediately fled from officers.

Officers pursued one of the motorcycles, which led them throughout the east side of the city.

The suspect was traveling at a high rate of speed at Valley Boulevard and Palmetto Avenue when he collided into another vehicle and was thrown from the motorcycle, police said.

Officers immediately rendered medical aid to the suspect who had been riding the motorcycle, but he succumbed to his injuries at the scene.

Police said that occupants of the vehicle involved in the collision were transported to a local hospital as a precautionary measure for complaint of pain. They were later released.

Many families have begun receiving their enhanced Child Tax Credit payments of up to $300 per month | News
L.A. Rams player Donte Deayon will hold school supply giveaway in Fontana on July 24 | News
Comment

These made-for-running headphones are now 50% off

The pandemic dramatically reduced emissions from the West Coast. Forest fires have already reversed it.