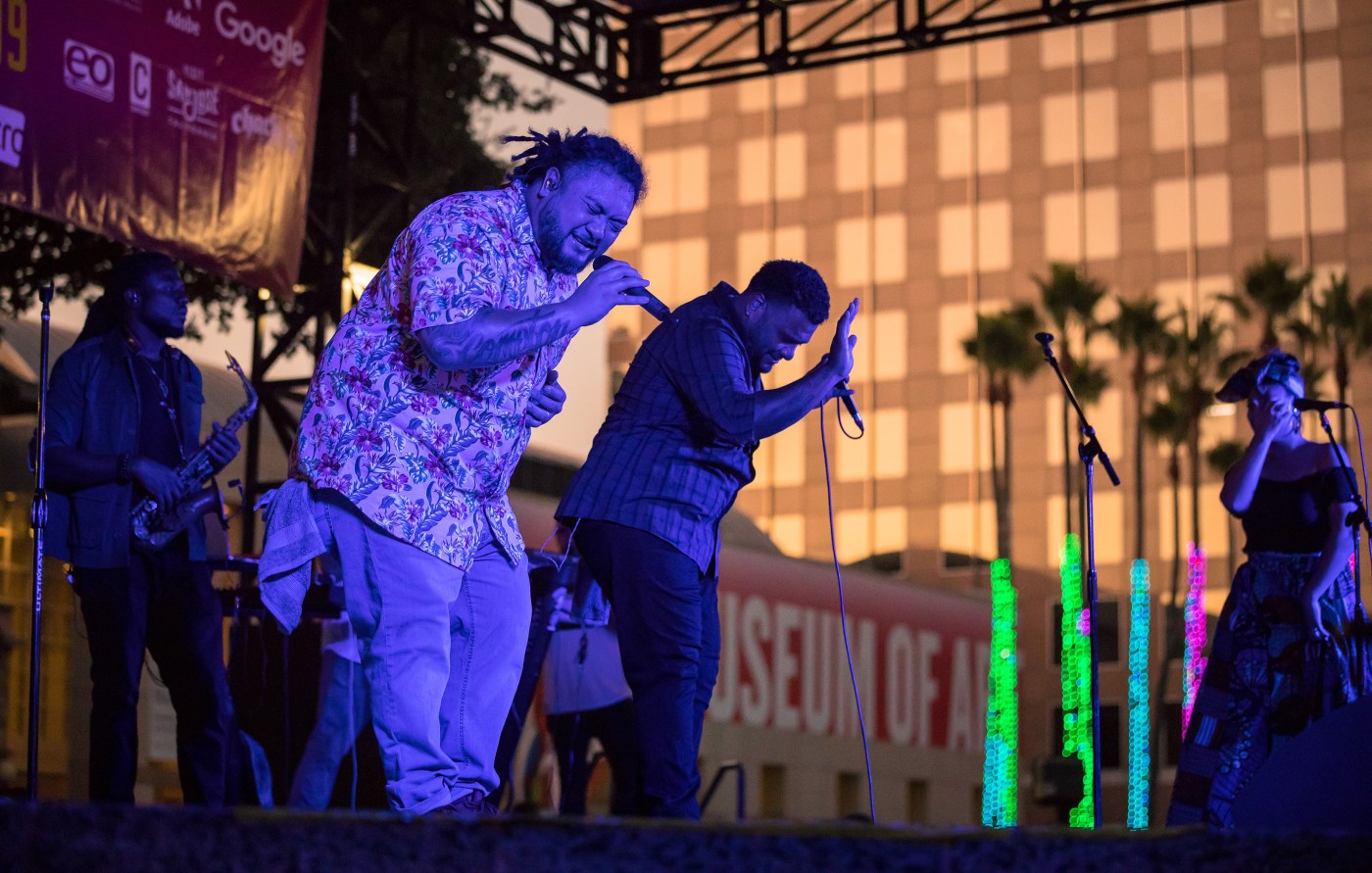 The San Jose Downtown Association is picking up Music in the Park exactly where it left off in 2019, after last year’s hiatus forced by the COVID-19 pandemic. Reggae singer J Boog will headline this season’s single concert on Aug. 27 at Plaza de Cesar Chavez.

And at least one San Jose company thinks it’s high time Music in the Park came back: Airfield Supply Co. — the cannabis dispensary near Mineta San Jose International Airport — is the event’s title sponsor. “The chance to help support the re-opening of San Jose by presenting an open-air concert in the park marks a special moment for us,” Airfield Supply Co. CEO Marc Matulich said. And, maybe it’s a stereotype, but is there a better sponsor for a reggae act?

J Boog, a Long Beach native of Samoan descent whose real name is Jerry Afemata, was featured in the last live Music in the Park concert in 2019 and won last summer’s Music in the Park Showdown — a bracket competition with 32 different shows from the series’ history vying for fans’ votes on social media. After the five week contest, J Boog topped WAR in the finals. His 2011 release “Backyard Boogie” included the hit “Let’s Do It Again,” and his hip-hop influenced music has drawn lots of fans.

“The fans essentially asked for him, and now he’s coming back for an encore performance,” said Donna Butcher, the Downtown Association’s events and promotions manager. Airfield’s Music in the Park starts at 5:30 p.m. with live music and DJ music curated by Needle in the Groove. Tickets will be available for $25-$50 at sjdowntown.com/music-in-the-park.

START HERE: There are a lot of “First Friday” events, but the Urban Vibrancy Institute, a brand new nonprofit aiming to get a buzz going in downtown San Jose, doesn’t want you to have to count weeks. So it’s launching an “Every Friday” event starting this week, July 23, with plans to continue them weekly through Oct. 1.

The first one will take place on South Second Street at Fountain Alley next to the historic Bank of Italy building and will feature music from San Jose Jazz, and beer and wine sold by The Shop by Chef Baca. You can feel free to bring food from surrounding restaurants to the event, which runs from 4:30 to 7 p.m. Not a bad way to get people together and start the weekend off on a fun note.

IT’LL BOWL YOU OVER: Many of us will be watching the Olympic Games this weekend, but one sport you won’t be able to see on display in Tokyo is lawn bowls. You can, however, see some of the region’s best bowlers in competition at Willow Street Frank Bramhall Park in San Jose this weekend.

Fourteen teams will compete in the Summer Sizzle Mixed Triples tournament Saturday and Sunday, vying for $2,000 in prize money. You can get more information on the club’s website, www.sjblc.org.

Lawn bowls, which is similar to but distinct from bocce, made its way to North America with the British and clubs sprang up in the Bay Area in the early 1900s. San Jose established its own club in the early 1960s, and had a bowling green built at the park on the corner of Willow and Camino Ramon, with the support of San Jose Parks Commissioner Frank Bramhall. The green was improved in 2017, and the San Jose Lawn Bowls Club hopes to host more local and regional events there this year and beyond.