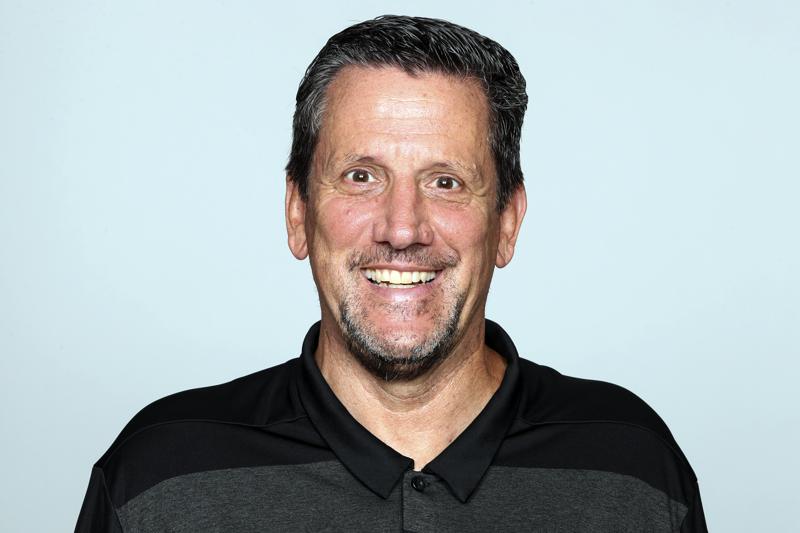 Longtime NFL coach Greg Knapp has passed away from injuries sustained in Saturday’s bike crash, when a car struck him near his Danville home. He was 58.

Knapp, according to sources, sustained serious brain trauma as well as other injuries. He’d been in Walnut Creek’s John Muir Health Medical Center since the incident, and his death at 11:32 a.m. was confirmed by his agent, Jeff Sperbeck, to Mike Klis of Denver’s 9News.com.

Jeff Sperbeck, Greg Knapp’s agent, has just announced coach Knapp has pass away from injuries suffered while riding his bicycle Saturday in Calif. and was struck by a vehicle.
“Today at 11:32 am PST, Greg Knapp (aka Knapper) was called back home to Heaven.” (More). #9sports

A Seal Beach native and former Sacramento State quarterback, Knapp served as a NFL assistant for over 25 years, starting with the 49ers in 1995. He was hired this year as the New York Jets’ passing game specialist under new coach Robert Saleh and spent this offseason tutoring rookie quarterback Zach Wilson.

When Knapp was out of the NFL in 2017, he continued to coach, doing so on the San Ramon Valley High junior varsity softball team that included his step-daughter Natalie.

He began his coaching career at Sacrament State from 1986-94, after playing there as a record-setting quarterback. He’d initially gone from Huntington Beach High to UC Santa Barbara before transferring and sparking the Hornets’ program.

Devastated to hear of the tragic passing of former Hornet quarterback and coach Greg Knapp. Our thoughts are with his friends and family. https://t.co/lBPxqsVa4q pic.twitter.com/e4AquKVk5j

“My career’s gone fast. I’ve been very fortunate,” Knapp told the Sacramento Bee in February 2016. “I’ve survived the ups and downs of this profession, and in each move, I’ve gained more. … Heck of a ride.”

Knapp is survived by his wife, Charlotte, and three daughters, Jordan, Natalie and Camille.

According to a statement from San Ramon police Lt. Tami Williams, officers responded to the area of Dougherty and North Monarch roads around 2:50 p.m. Saturday. The unidentified driver swerved into the bike lane when Knapp was struck, the coach’s agent, Jeff Sperbeck, told NBCNews.com.

Former colleagues throughout the NFL mourned Knapp’s death, while many tried to fondly recall his bellowing laugh, insightful instruction and obvious love for family and friends.

The NFL Alumni – Northern California Chapter was saddened to learn that Greg Knapp former 49ers Coach, former Raiders assistant coach has passed today. His passing will be morned by all, we offer our deepest sympathies to his family and friends.#nflalumninorcal #Raiders #49ers pic.twitter.com/kJPBys1SLl

In the decisive series over the Angels, the A’s most recent acquisitions show why they could transform this offense

From palm reading to po ‘boys, Carnival brings the vibes of the French Quarter to its latest cruise: The Points Guy