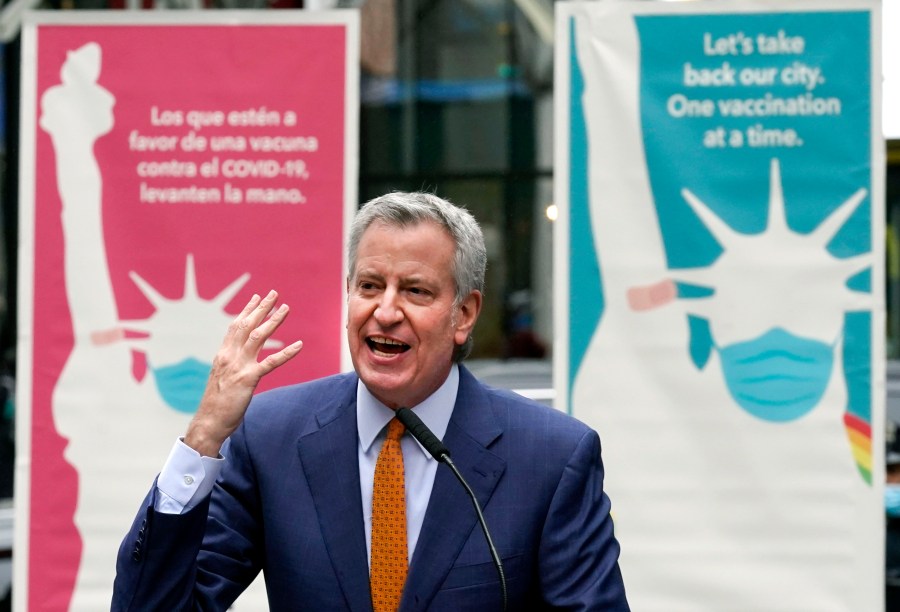 NEW YORK — After another major American city issued an indoor mask advisory, “any and all options” are on the table as New York plans how to deal with a rise in the number of COVID-19 cases, fueled by the Delta variant.

The city is able to forego a mask advisory for now, because of a low hospitalization rate, but concerns about that rate increasing later in the summer are surfacing. New Orleans has now added itself to a list that includes Las Vegas, and all of the counties in the San Francisco Bay Area. They’re recommending that all residents, whether vaccinated or not, wear masks indoors at gatherings.

The reason, said Latoya Cantrell, the mayor of New Orleans, is that the CDC’s guidance that only unvaccinated people wear masks is unreliable. That’s not enough to sway health and city leaders in New York, at least not at this point.

Mayor Bill de Blasio on Thursday said that the city will continue to emphasize the need for people to get vaccinated, rather than issue a mask mandate or advisory at this time.

He and his health advisors emphasized that the city’s hospitalization rate remains low.

Dr. Dyan Hes, the chief medical officer of Gramercy Pediatrics, explained why that figure is relevant in the battle against the coronavirus.

“That’s where we really measure,” she said about hospitalizations. “That’s where the healthcare costs come up, that’s where deaths happen. What made our system collapse is that thousands and thousands of people ended up in ICUs needing critical care,” when there weren’t nearly enough beds available.

Dr. Hes said that those numbers look good now — the city’s hospitalization rate is 0.46%, well below the 2.0% threshold.

Like Qualcomm, Intel now thinks it can beat Apple Silicon