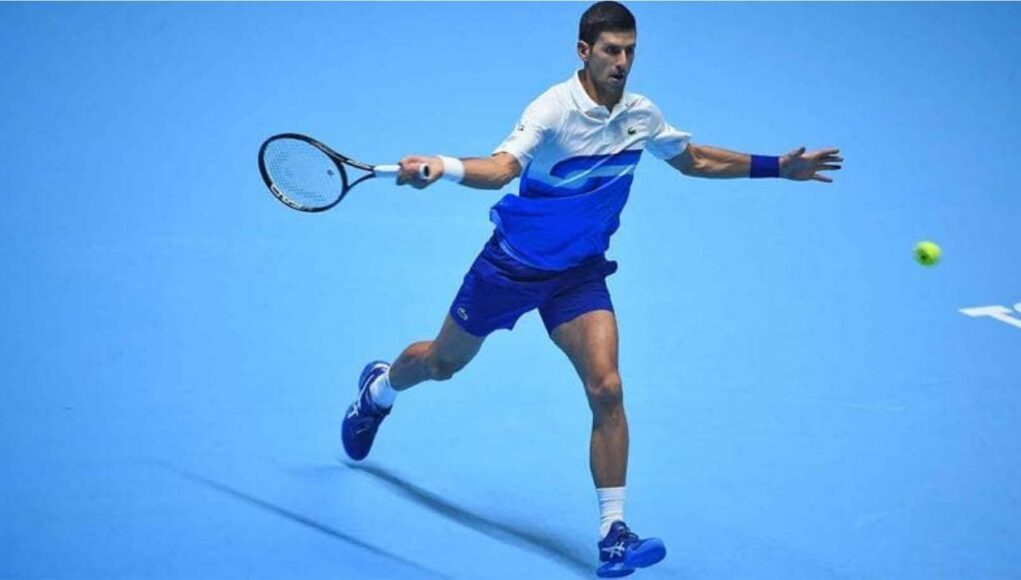 With a 6-3 6-2 victory over Russian Andrey Rublev on Wednesday, Novak Djokovic advanced to the ATP Finals’ final four, while Stefanos Tsitsipas withdrew from the event due to an elbow ailment.

According to the ATP, the Greek world number four has been suffering from a right elbow ailment since retiring from the Paris Masters earlier this month, and will be replaced in Turin by British world number 12 Cameron Norrie.

Djokovic, who won his opening round against Casper Ruud on Monday, appeared to be in trouble right away when he was broken in the first game of his first-ever meeting against Rublev. The Serb was offered a quick relief when Rublev double-faulted in his own service game, resulting in two breakpoints, the second of which went to Djokovic.

The moment the World No. 1 @DjokerNole secured his semi-final spot in the 2021 #NittoATPFinals! pic.twitter.com/IeZRge4BeE

The two were evenly matched until the eighth game, when Djokovic pounced on a hard volley from Rublev and blasted a winning pass past the Russian to take the crucial break and the opening set. The second was more assured from Djokovic, who forced his opponent into some expensive errors on his way to his 40th ATP Finals victory in 68 minutes, which he sealed with an ace.

With two wins out of two in the Green Group, the 34-year-old and 20-time Grand Slam winner is assured of a spot in the last four. Norrie will make his tournament debut against Norway’s Ruud later on Wednesday. Norrie is the second alternate drafted in, following the retirement of Italian Matteo Berrettini on Tuesday, who was replaced by fellow countryman Jannick Sinner.

Russia will Achieve its Goal: Putin

News Desk - March 17, 2022 0
Russian President Vladimir Putin has said that Russia is determined to achieve its goals in the ongoing military operation in Ukraine. He also said...