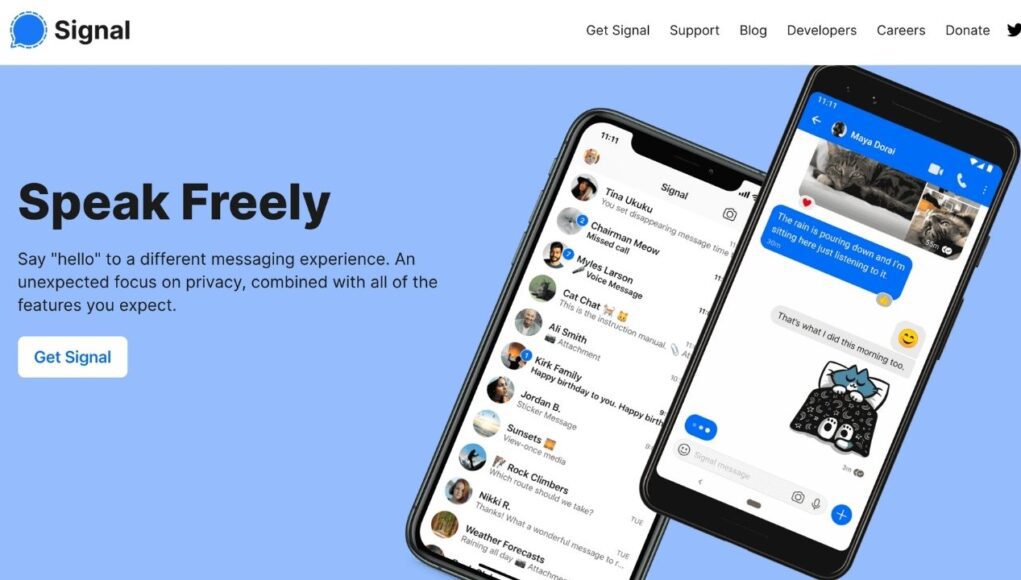 Signal, an encrypted messaging service, has announced that group calls may now accommodate up to 40 people. The company said it first introduced end-to-end encrypted group calls a year ago and has since expanded its support from five to 40 members.

“We designed our own open-source Signal Calling Service to accomplish the job because there is no off-the-shelf software that would allow us to support calls of that scale while ensuring that all communication is end-to-end encrypted,” the business claimed in a weblog.

When Signal was developing support for group calls, it tested a number of open sources selective Forwarding Units (SFUs), but only two of them provided appropriate congestion control.

“We launched group calls using a modified version of one of them,” the company noted, “but we quickly discovered that even with extensive modifications, we couldn’t safely grow beyond eight participants due to high server CPU utilization.”

To accommodate additional users, the business created a new SFU in Rust from the ground up. It has been supporting all Signal group calls for nine months, can easily scale to 40 people, and is readable enough to serve as a reference implementation for an SFU built on WebRTC protocols, according to the business.

First Week of Elon Musk at the Helm of Twitter

WhatsApp Allow to Use Emoji to Respond to Texts

Editor99 Desk - November 26, 2021 0
WhatsApp looks to be fine-tuning its rumoured Instagram-style message reply functionality. The feature has been seen before, and rumours about it have been circulating...