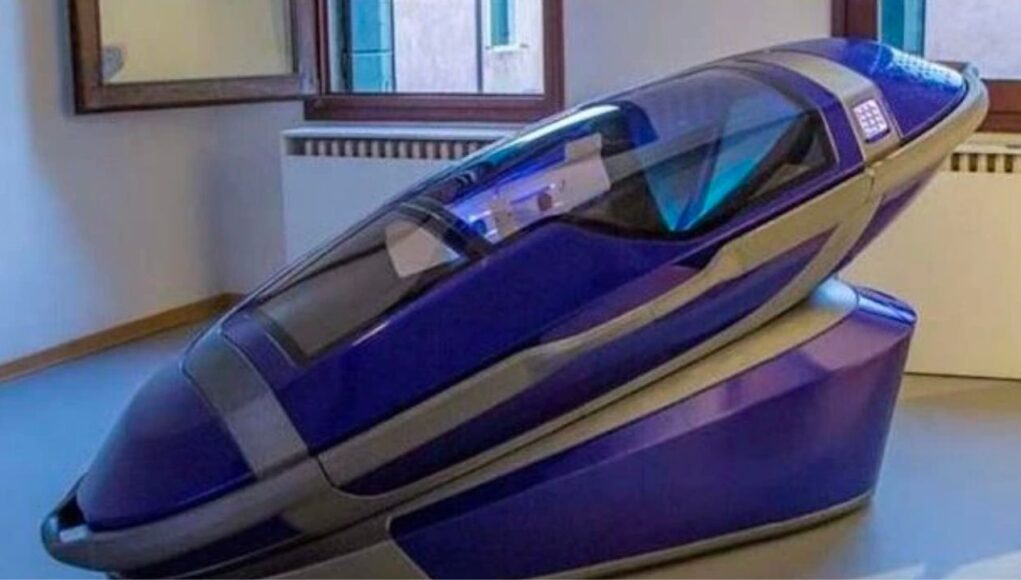 According to local sources, Switzerland has just legalized a revolutionary form of assisted dying involving the use of a coffin-like pod that eliminates the need for a pharmaceutical agent. According to Swiss Info, the suicide pod, dubbed the Sarco (short for sarcophagus) machine, has passed medical evaluation in the European country and could be operational next year.

The Sarco capsule, developed by Exit International, an international non-profit located in Australia, maybe taken anywhere and simply requires the individual sitting within it to answer a series of pre-recorded questions before pressing a button to start the procedure.

In Switzerland, assisted suicides usually require a prescription for liquid sodium pentobarbital and its administration. The Sarco pod, on the other hand, works by creating hypoxia and hypocapnia – a state in which the body’s oxygen supply and carbon dioxide levels are lowered – which is said to result in a relatively painless and peaceful death.

“Currently, a doctor or doctors must be involved to give the sodium pentobarbital and to validate the person’s mental capacity,” Exit International founder Philip Nitschke told Swiss Info. We want to do rid of any form of psychiatric examination and give the individual complete control over the procedure.”

“Our goal is to create an artificial intelligence screening system that will determine an individual’s mental capacity.” Naturally, there is a great deal of skepticism, particularly among psychiatrists. “However, our original intention was that the user would take an online test and then obtain a code that would allow them to access the Sarco,” he continued.

In a nutshell, the euthanasia debate
Although the idea of a suicide pod may seem frightening, it’s worth noting that in Switzerland, around 1,300 people have died as a result of assisted suicide using liquid sodium pentobarbital.

Apart from Switzerland, assisted suicide is permitted in a number of countries, including the Netherlands, Belgium, Germany, Spain, Canada, and sections of the United States, depending on the conditions. However, it can only be done in most of these nations if the patient has been diagnosed with a terminal or incurable condition.

The difficulty in allowing patients to judge their own state and determine what constitutes excruciating suffering is at the heart of the dispute. Furthermore, the reasons for a patient’s consent to assisted suicide may not always be related to a physical illness, but rather to psychological issues that can be treated with medication or rehabilitation. Furthermore, legal safeguards must be created in the event that the patient changes his or her mind after giving consent.

Doctors are also faced with an ethical dilemma when it comes to assisted suicide. Doctors are prohibited from carrying out assisted suicide in most nations that have legalized it in some form and are only allowed to prescribe medications for the patient to self-administer.

Some medical experts may find it difficult to determine whether a patient’s quality of life has irreversibly diminished. There are also concerns that, as assisted suicide becomes more prevalent, doctors will begin to offer it to patients who are not terminally ill or who are suffering inexorably, rather than providing palliative care.

Russia will Achieve its Goal: Putin

News Desk - March 17, 2022 0
Russian President Vladimir Putin has said that Russia is determined to achieve its goals in the ongoing military operation in Ukraine. He also said...