Home Tech What is WiFi 6 Router and Why You Should Use it? 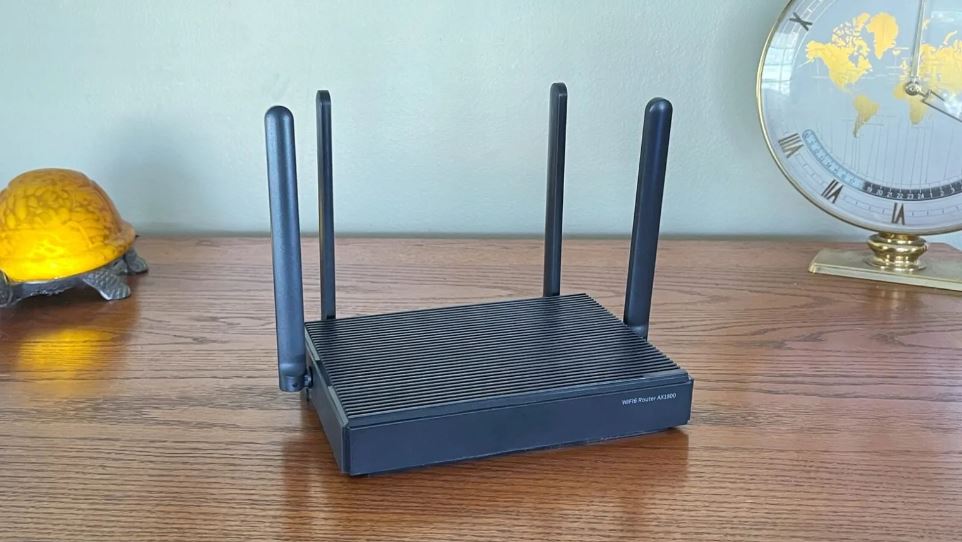 The majority of new technologies are superior to those that came before them. WiFi 6 is a wireless connection standard that claims your home or business wireless network will function significantly better than your current WiFi 5 network. Simplifying, the primary new features are centered on four aspects: speed, simultaneous multiple connections, energy consumption, and the ability to use even the most demanding online services without disruptions or other issues. This is all feasible with a WiFi 6 router and compatible devices.

Consequently, whether your present connection works well or you’ve been waiting for a speed and coverage upgrade for some time, it’s probable that upgrading to WiFi 6 will benefit you in the short-, medium-, and long-term. Even if your connected devices are compatible with both WiFi 5 and WiFi 6, the transition between the two protocols need not occur simultaneously. It can be done at your own pace and slowly.

Below, we will discuss the new features that WiFi 6 adds to your wireless network and provide real-world examples of how having a WiFi 6 router and compatible devices can benefit you.

Contents hide
1 The principal innovations of WiFi 6
2 Four technologies that demonstrate why WiFi should be used
3 WiFi 6 and MU-MIMO connect everything
4 OFDMA: improved performance
5 1024-QAM over Wi-Fi 6
6 Less electricity consumed

The principal innovations of WiFi 6

Whether or not you are aware of the news around the WiFi 6 standard, you should examine it to see how it affects you. And this is because nobody is angry about something wonderful, such as the following WiFi 5 enhancements that you are presumably using at home right now.

With a WiFi 6 router, you can get speeds up to 4 Gbps. In other words, you may effortlessly sign a contract for 1 Gbps speeds, which are currently accessible on the market, and be prepared for the near future.

If you are having problems connecting your devices to your present network and/or receiving the speed for which you paid, a WiFi 6 router may be able to help. WiFi 6 coverage is superior primarily because it makes greater use of the available bandwidth. In addition, the antennas of a router equipped with this technology improve as more devices connect to it.

Prior to connecting your computer and phone to WiFi, you had more connected gadgets. Virtually every electronic device may now connect to the Internet to download data, synchronize information, and perform other tasks. Therefore, a WiFi 6 router will manage all these devices more effectively than the routers we currently have.

Given how much electricity costs, reducing energy consumption is crucial. In reality, a linked device’s wireless connection consumes the most energy. In other words, when people use a smartphone, they consume mobile data and/or WiFi. WiFi 6 consumes less energy or requires less connectivity to the electrical grid.

More security: a typically lengthy password is required to access your wireless network. Currently, WPA-2 is the standard that governs this password. WPA-3, a more secure protocol, is the norm in WiFi 6 routers. If they do not know the router’s password, it will be more difficult for them to access your network.

In general, these are WiFi 6’s new features. Now, let’s examine what this means for your ability to use connected devices at home and at work.

Four technologies that demonstrate why WiFi should be used

When discussing technical advancements, we cannot help but employ descriptors such as swift, efficient, stable, intelligent, and intuitive. However, these words conceal functions or features that frequently have difficult-to-understand names or acronyms. The WiFi protocol is an excellent illustration of this. WiFi 6 is loaded with new technology that will help you remember that “Wireless Fidelity” is the acronym for WiFi.

In practice, we must acknowledge that WiFi 6 is superior than its predecessor in terms of speed, energy efficiency, the number of simultaneous connections, latency, and signal range. To find out why, though, you can look up terms like as MU-MIMO, OFDMA, QAM, and TWT.

If you want to know why you should consider upgrading your electronic devices to ones that are compatible with WiFi 6, such as the Movistar Smart WiFi 6 Router, here is a review of four of the best aspects of the WiFi protocol in the form of acronyms.

WiFi 6 and MU-MIMO connect everything

Multiple User – Multiple Input and Multiple Output is what “MU-MIMO” means in the Anglo-Saxon language of Spanish. This technology is also known as Next Generation AC or AC Wave 2. It enables the WiFi router to communicate with multiple devices simultaneously. Due to the fact that so many of the devices we use at home and at work require an Internet connection to function, this is a necessity.

Actually, MU-MIMO was already a part of the WiFi 5 standard. WiFi 4 made MIMO, which came before it, possible. WiFi 6 offers enhancements that make it simpler to connect various devices in a normal home, such as a TV, phone, computer, tablet, gaming console, smart lighting, smart home appliances, etc.

According to manufacturers like as D-Link, MU-MIMO technology “sends data to several devices simultaneously, rather than one at a time as the present standard dictates.” This is possible because you can simultaneously construct up to four data flows.

OFDMA is the acronym for the phrase Orthogonal Frequency Division Multiple Access. Orthogonal Frequency Division Multiple Access, or OFDM in Spanish, denotes the same idea. And to help you comprehend, it is an enhancement over an earlier digital modulation technology known as OFDM. In other words, WiFi 6 devices have improved network performance due to OFDMA.

On their support page, Asus explains that OFDM and OFDMA technologies fragment the transmitted data into small packets. This facilitates the transfer of data from one device to another. OFDMA, on the other hand, divides a channel into subcarriers, which are smaller frequency allocations. Due to this, more data may be simultaneously sent and received by more devices.

In Spanish, it is known as QAM Modulation or Quadrature Amplitude Modulation. It is known as Quadrature Amplitude Modulation in English. This technology’s sole purpose is to transmit signals. Two distinct signals are transmitted by digitally modifying the amplitude and phase of a carrier signal. Even while WiFi 6 is not a new protocol in and of itself, its maximum speed is 1024 QAM compared to 256 QAM for WiFi 5. It makes it possible to achieve speeds of many gigabits in the real world.

Target Wake Time is the abbreviation for TWT. It could be interpreted as “the time to activate destiny.” Its primary advantage is that it minimizes the energy consumption of the WiFi protocol. Consequently, your mobile device or laptop will have a longer battery life. Due to how the gadget connects to the WiFi network, this is the case.

Initially, a device would occasionally connect to check for active WiFi networks. With Wi-Fi 6 and TWT technology, however, the device connects to Wi-Fi only when necessary. This is accomplished through agreeing with one another. This will result in fewer attempts to connect and less energy use.

These are the four most common acronyms and technologies associated with the WiFi 6 protocol, however they are not the only ones. WiFi 6 retains the majority of features from previous versions of this wireless connection standard. Most people utilize WPS, which stands for WiFi Protected Setup or WiFi Protected Installation. It contains a button for connecting devices to the router. This article provides additional information.